We promised to show you a selection of photos from our dress rehearsal.  As usual Dave Hackett was kindly on-hand to shoot away as we did our final run through.

Click on any photo to enlarge and view as a slideshow

(If you received this as an email, click on the blue title)

It seems crazy. Just twelve weeks from initial move blocking to dismantling the set after the play.  A frenzied few days of set building, a performance week and then dismantling and packing away and by Sunday 1pm it was as though it had never happened – except for the buzz and the thrill of performing a wonderful script and the appreciative feedback of our audiences.

We were proud of the set which, as usual, was constructed over a weekend.  Somehow we were able to create within that limited space a lounge and galley kitchen, and the all-important balcony overlooking the river.

It was an enjoyable evening for all, not least for new member Gary (2nd from R), who successfully completed his first acting performance as ex-boxer and minder, Micky.

RolePlay’s Director Jayne, justifiably pleased with the production, having after play drinks with Richard who had co-ordinated the construction of the set.  Without the help of his friends and other local supporters of our group we would not be able to complete our ambitious sets.

Our Monday night our General meeting confirmed what we already knew, that the play had proved popular with our audiences and that our ticket sales had led once again to almost capacity nights.  And we are seeing increasing numbers of new faces in our audiences too.

We can’t wait to show you our photos from the dress rehearsal performance in our next post, which will appear this week.

Don’t forget – never miss a post from this site by subscribing to our email.  Simply search our home page for the box marked “Follow Us by email” 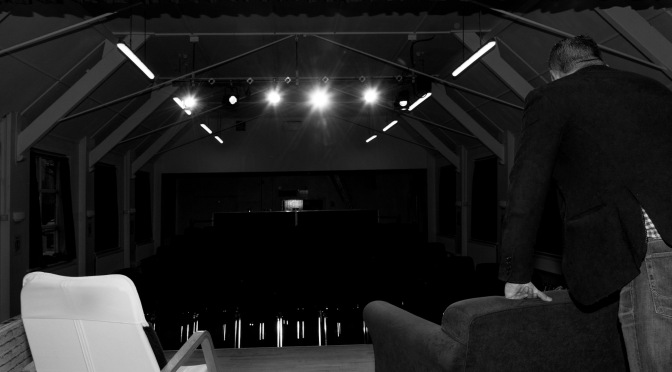 Wednesday night was our Dress Rehearsal for Ayckbourn’s RolePlay.  It was a good night that in itself deserved an audience – well, we shall see what tonight brings. It’s first night and the nerves will be tingling, the heart rate up and the adrenaline pumped.  We are all looking forward to our short run. 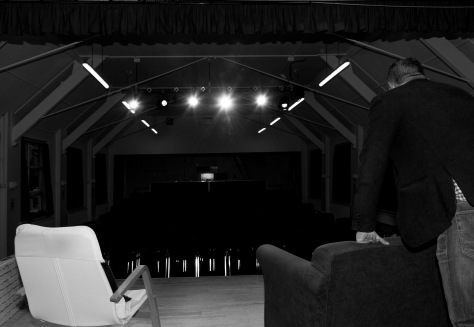 The stage is set and ready to go 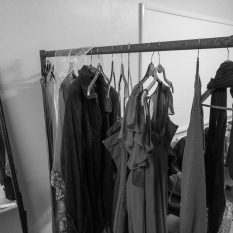 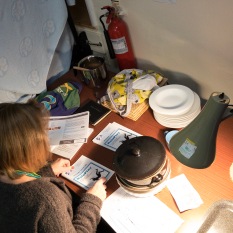 Backstage a scene of organised chaos 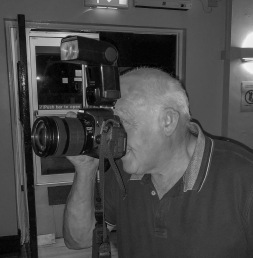 Rob (L) appearing relaxed on sound & lights & Dave Hackett (R) sets up for rehearsal photos (which, as usual will be available on here after the run)

Our Producer,Jayne, after Dress rehearsal seems happy with her work – now its all down to the cast and backstage to deliver.

We are ready to RolePlay!

Exciting times. Fun times. Scary times. Yes our first night is just over a week away and things are getting busy.  What’s been happening in recent weeks?

Tony Barker (an ex-member by the way) came along from Billboard TV / Estuary TV to interview our Director and record some short clips from play rehearsals.  If you want to watch this CLICK HERE TO OPEN VIDEO IN YOUTUBE .

Or visit the Billboard Page here.

Then we had our banner and posters vandalised on Christmas Eve in a spirit of not-so-good will.  That meant recreating and installing another – at a cost.  We tried to put a brave and amusing face on the exercise by posting our new heavy protection 24hr ‘security team’ on our Facebook page.

Since then it’s been a case of dealing with bouts of flu, getting down to detailed rehearsal fine-tuning, preparing the programme artwork, creating the sound effects and cues programming, and planning the setbuilding.

Talking of set building and preparing the Village Hall that will take place this Friday, Saturday and Sunday morning and if you feel the urge to come along and help in whatever capacity please feel free to do so,

But the most important thing is to make sure you come along to see our efforts and the performances on 25th, 26th, 27th January.